The Israeli Prime Minister’s Son… With a Goy

by admin
posted in Blog, Interfaith Ketubahs, Ketubah, Ketubahs
No comments yet 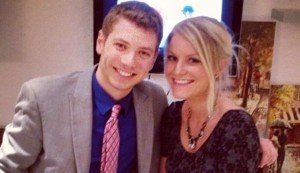 Exciting news from the “cool inter-dating” camp (this isn’t an “intermarriage” since they’re just dating… so far): Israeli Prime Minister Netanyahu’s son is a famous party animal in Tel Aviv. And… he’s dating a hot shiksa from Norway!

This has engendered a lot of “controversy” and debate (see this article for an opinion we like). It is Israel and it is the Prime Minister’s son, after all. But what do they expect: when the son is a party animal, he’s clearly going to find the hottest girl he can, and aren’t there lots of hot Shiksa Goddesses… even in Israel?

In general, here at Interfaith Ketubahs, we strongly support intermarriages, interfaith everything, inter-dating — whatever you call it. We love creating ketubahs for any mixed marriage couple — lets mix up the whole world together!

Interfaith Ketubahs is the web's largest Interfaith only store built by and for interfaith couples!