Interfaith Leaders to Gather for 21st Annual Festival of Faiths

by Mishka O
posted in Blog
No comments yet

The annual Festival of Faiths which brings communities of different faiths together from all over the world will be held from May 17th to the 21st. The event is focused on fostering harmony in society, by exploring the wisdom and knowledge of each religion, to address violence and heal wounds by teaching an active commitment to peace.

World famous spiritual leaders and activists will gather together in Louisville, Kentucky for five days. Week pass tickets are currently sold out, but individual session tickets are still available. The opening event, an interfaith prayer service held at Louisville’s historic Cathedral of the Assumption, will be free and open to the public. 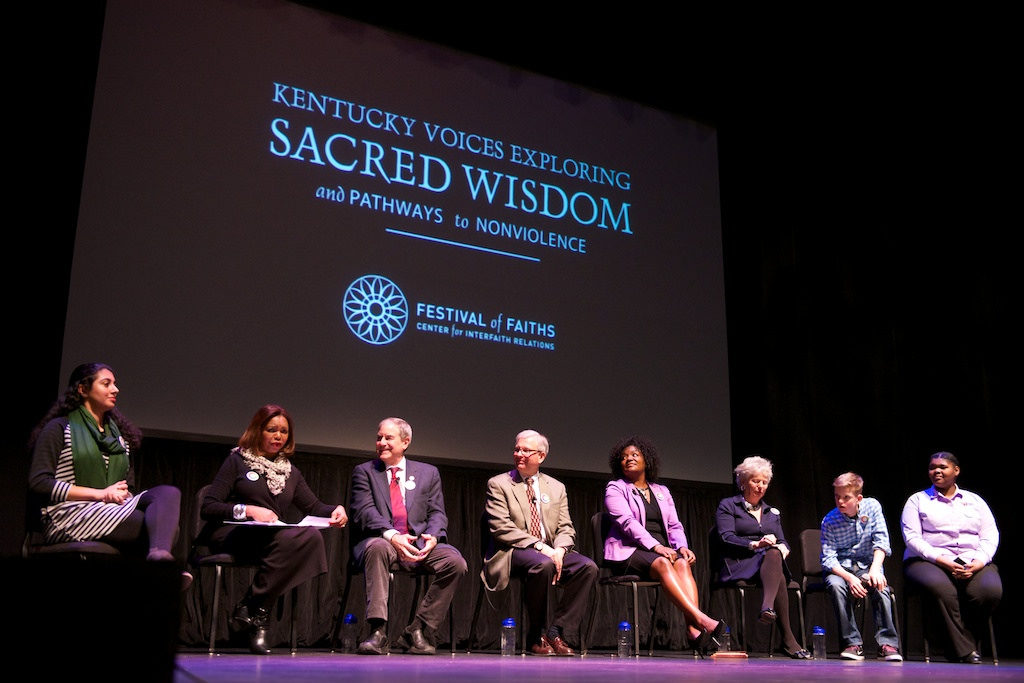 Speaking on violence, Sarah Reed Harris, managing director of the Center for Interfaith Relations, said, “the vitriol directed at American Muslims as a result of actions by terrorists, and the perilous health of our natural world, violence has become an accepted norm for many.” She also told The Huffington Post, “We believe our Festival of Faiths offers a recipe for the restoration of balance, thoughtfulness and sanity.”

With religious violence becoming a recurring headline in the news lately, the festival has decided to focus on addressing the topic of violence itself. The theme for this year is “Sacred Wisdom: Pathways to Nonviolence.” Speakers at the event will speak on Islamophobia, Black Lives Matter and the interfaith community’s role in creating peace and harmony.

“Our speakers have been invited to share their own spiritual practices and the wisdom that is rooted deep within their faith traditions, and which informs the work they are called to do,” Harris said.

The event is open to the public and can be streamed live on YouTube. It will also be uploaded on YouTube for people who wish to view it later at ease.

Interfaith Ketubahs is the web's largest Interfaith only store built by and for interfaith couples!